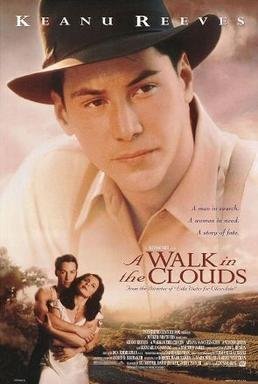 This movie is before Keanu Reeves realized that his true meaning in the cinematography world is to kill three men in a bar... with a pencil, with a …… pencil, because of a dog.

Reeves stars as a World War II vet who agrees to pose as husband to Victoria (Aitana Sanchez-Gijon), the pregnant daughter of a wealthy, tyrannical winemaker played absolutely hats down by Giancarlo Giannini. I have a huge soft spot for this movie, having an overwhelming side that you rarely find in a film. Without a doubt it is a masterpiece. It has the power to twist your mood in a way that you fully cannot understand. And it has wine.

Watch It on: Amazon Prime 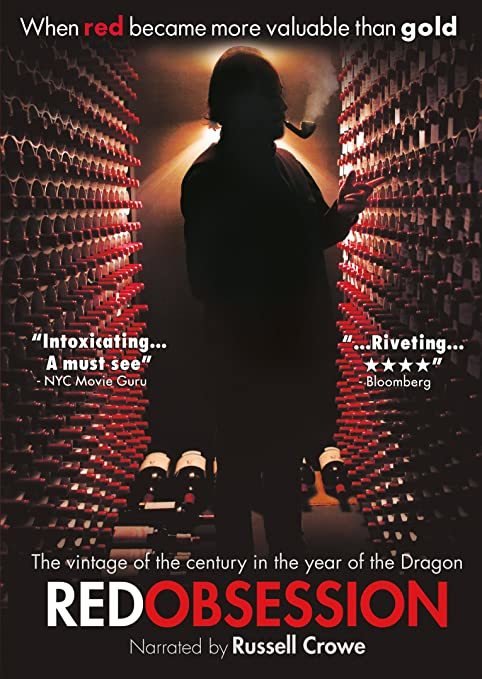 Red Obsession starts with Joss Stone moaning quite attractive "I Put a Spell On You". It’s a perfect fit for a film about obsession, about wine-mania, about people who live, breathe, eat, think, drink wine. Through interviews with wine journalists and wine owner, including the legendary Francis Ford Coppola, we learn about the business, its ups and downs, its competitions. And if you don’t know who Francis Ford Coppola is, I’m speechless.

Even journalists talk about how difficult it is to describe wine, even though it is their business to do so, and they too sound like poets or mystics. "A wine is like a voice, an instrument with a timbre...". Another aspect of this documentary movie is devoted to the wine-mania in Hong Kong. An entrepreneur (he made his fortune in sex toys) whose wine collection is worth 60 million US dollars. You have lived in this world for nothing until you will see dildos coming off a factory line, with narrator Russell Crowe intoning, “Peter made his fortune as a manufacturer in the pleasure industry.” So, if you do not know how to say it, you can state it like this: “Wherever there is a human being, there is our product”.

Watch It on: Amazon Prime 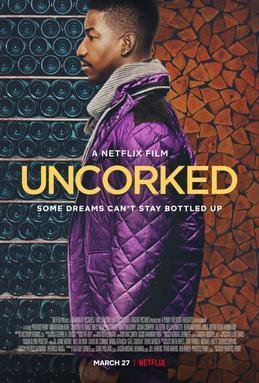 The Netflix film takes a fresh look at generational tension where a father and son’s relationship is tested when issues arise about following your passion and family loyalties. Uncorked it’s not a movie just to watch, but to savour. Lots of controversies regarding this movie that divided wine connoisseurs and not only, into two camps. Take it as it comes, with flaws and strong points because that’s the beauty of it. It’s not a movie 100% about wine, but a film that offers laughs, tears and despair at the same time.

I don’t usually compare movies, but this reminds me about The Joker movie. For those who didn’t see it yet, you are missing big time, and for those who think that Joker is not a good movie and compares is with other Batman movies, you probably didn’t get the point and you need to start watching Housewives because this is not for you. Dark and deep as the gates of Hell, Joker takes your mind through the disturbing journey of Arthur Fleck, from being a clown and a wannabe stand-up comedian, with only one joke in his bare hands, and that’s his life, to become THE JOKER. His journey was quite human, logical, and beautifully graphed and captured. Heath Ledger from the ‘Dark Knight’ was probably everyone’s favourite joker until, Joaquin Phoenix took the legacy to another level……WHAT A LAUGH! WHAT A DANCE! WHAT A WALK!

Wine and barbecue are competing in this family drama called Uncorked. It’s an example that we should never give up no matter what. His mom, his father, his girlfriend, his own life. And you wonder how many sacrifices you made in becoming what you are now.

Watch It on: Netflix

movie movies cinematography white wine red wine sweet wine Amazon Netflix Amazon Prime
Does size matter?
Cooking with wine or wine with cooking? That is the question.
'Share me' as a gift